As we were dreaming up and beginning the development of DiskAid 7, we knew it was time for a name change. We knew the name “DiskAid” sounded like a disk utility, but it was so much more. It sounded like old technology (iPhone don’t run on disks!), we wanted something fresh and easy to remember.

One capability we wanted most was full control over music and iOS devices’ music library management. This is one feature our users have asked for a long time. A quick and simple way to add or remove music and playlists on the iPhone, to get away from the cluttered and cumbersome iTunes sync.

Since the beginning, iPod, iPhone and iPad owners have only been able to copy music to their devices from a single Mac or PC. This meant that devices could only be used with one single computer, any additional sync would wipe the library. Not realistic nor fair as most of us have a work and home computer. 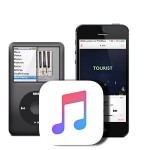 iMazing adds iOS music transfer both ways, and this is a game changer: now you can simply drag music tracks to your iPhone or remove them. You can also copy some tunes from an iPod to any computer. You manage music just the way you like. No sync, no previous pairing, no Apple ID, no iCloud, no download involved, it just happens right there – and this is amazing. Actually as we were testing the early builds, everyone around would say: “Wow, that’s amazing.” We incidentally found a name to replace DiskAid.

Backup, Restore and Clone to iPhone 6

We timed the release for iMazing to bring iOS 8 support on time. We also wanted to cater for all users that have over the years asked for a powerful way to upgrade and transfer all iPhone data to a new one. The ability to archive backups, selectively restore data sets (to reclaim storage space!) or simply clone a device are some of the features we bring to the many happy Apple customers upgrading to the new iPhone 6. And for Mac OS X enthusiasts: iMazing is also already supporting Yosemite (OS X 10.10). 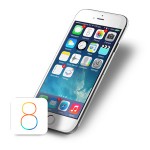 We are celebrating iMazing’s launch along with the release of iOS 8. We will offer the upgrade from any version of DiskAid for as low as $8. Recent purchases of DiskAid licenses qualify for a free upgrade naturally. You can check out your existing DiskAid license eligibility and obtain your iMazing license right away here.

Visit iMazing.com for more features, details, screenshots.
And get iMazing today: Windows PC and Mac OS X versions are available for download there.