Why did Apple kill App extraction in iOS 9?

This move may seem puzzling at first: why force users to re-download gigabytes of apps when restoring a backup? It’s wasteful, and potentially agonizingly slow. That said, there are 3 very good reasons which we believe pushed Apple to completely remove app extraction from iOS 9:

What if I want backups of the apps I paid for?

Applications can still be downloaded and manually managed via iTunes. One by one, painstakingly, but it’s still there and accessible.

If you are an iMazing user, iMazing 1.3 has new app management features which enable backing up and restoring application data. Completely exclusive to iMazing! 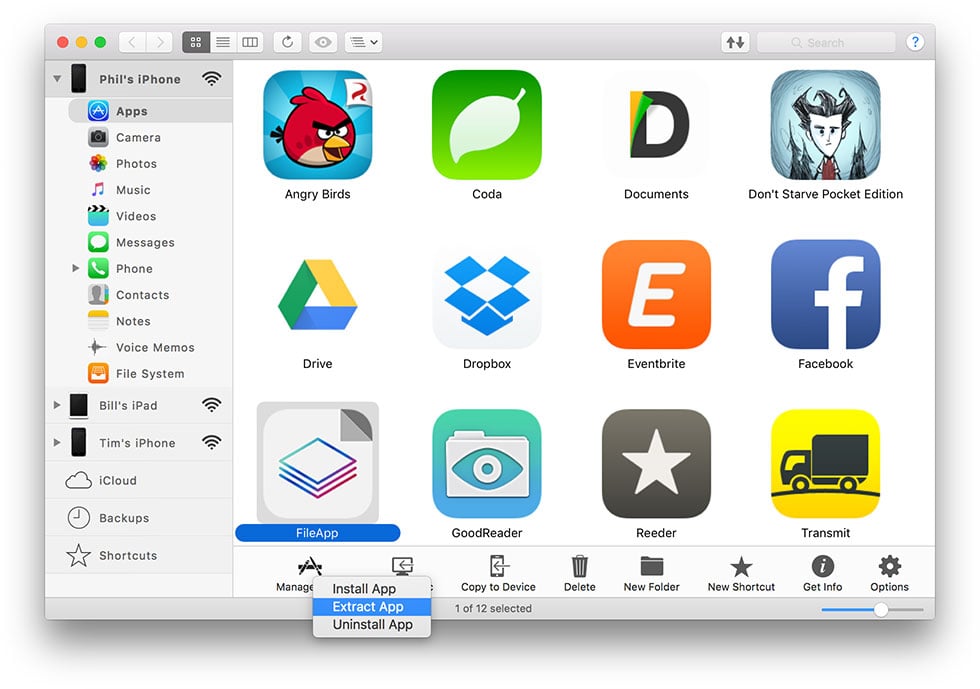