Convert photos from HEIC to JPG

Apple has just released iOS 11, and one major change is the way recent iOS devices (iPhone 6s and later) store photos. Apple has adopted HEIF (High Efficiency Image Format), which creates photos that take up less space than JPEGs. This is great for the storage on your iOS device, and for your mobile bandwidth, if you sync your photos to iCloud Photo Library.

However, most image editors don't yet support Apple's flavour of the HEIF format (.HEIC files), and Windows 10 does not support it at all. So if you have HEIC files, you may want, or even need to convert them to JPEGs.

The simplest way to do this is to use the free iMazing HEIC Converter app. It's a simple and efficient little app which safeguards your privacy by performing the conversion on your own computer – no need for lengthy uploads to some unknown cloud service.

💡 iMazing Users: iMazing HEIC Converter is packaged with iMazing since version 2.11, and can be easily launched from the Tools menu. 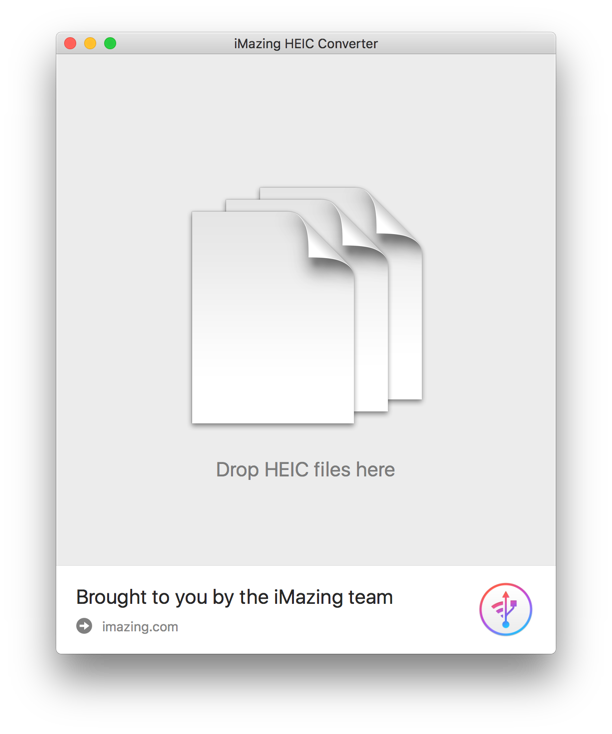 Drag files or folders onto the app's window. 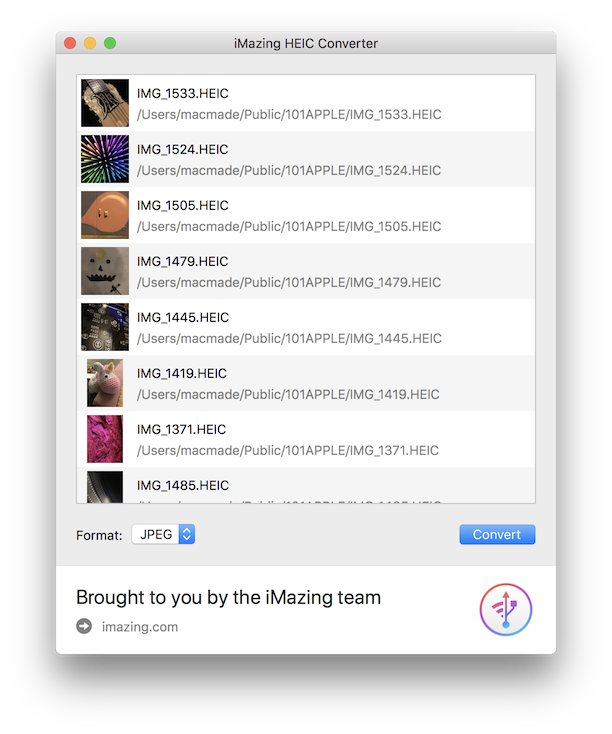 3. Click Convert, and choose a target location to save the files. 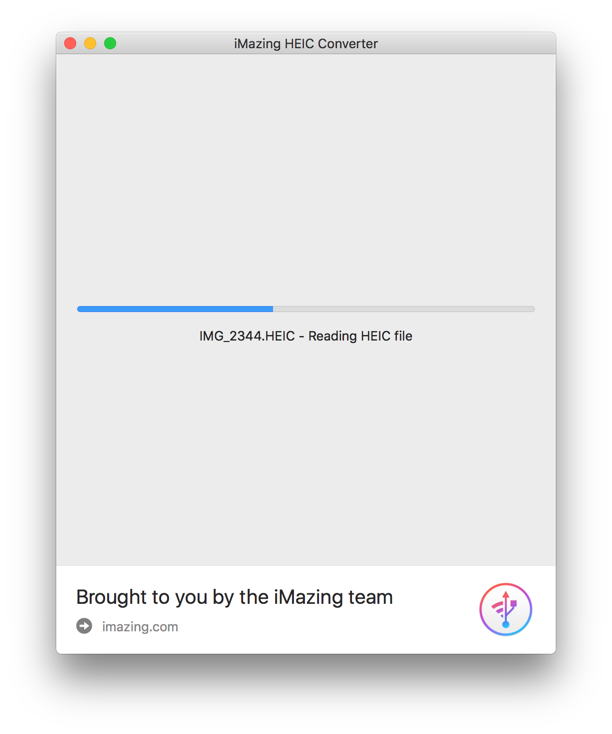 In most cases, if you need to convert HEIC files, you are probably exporting photos from your iPhone directly with a third-party app. iMazing is a great way to do this, since it offers automatic conversion of HEIC files to JPEG.

Read more about HEIC files in this article.