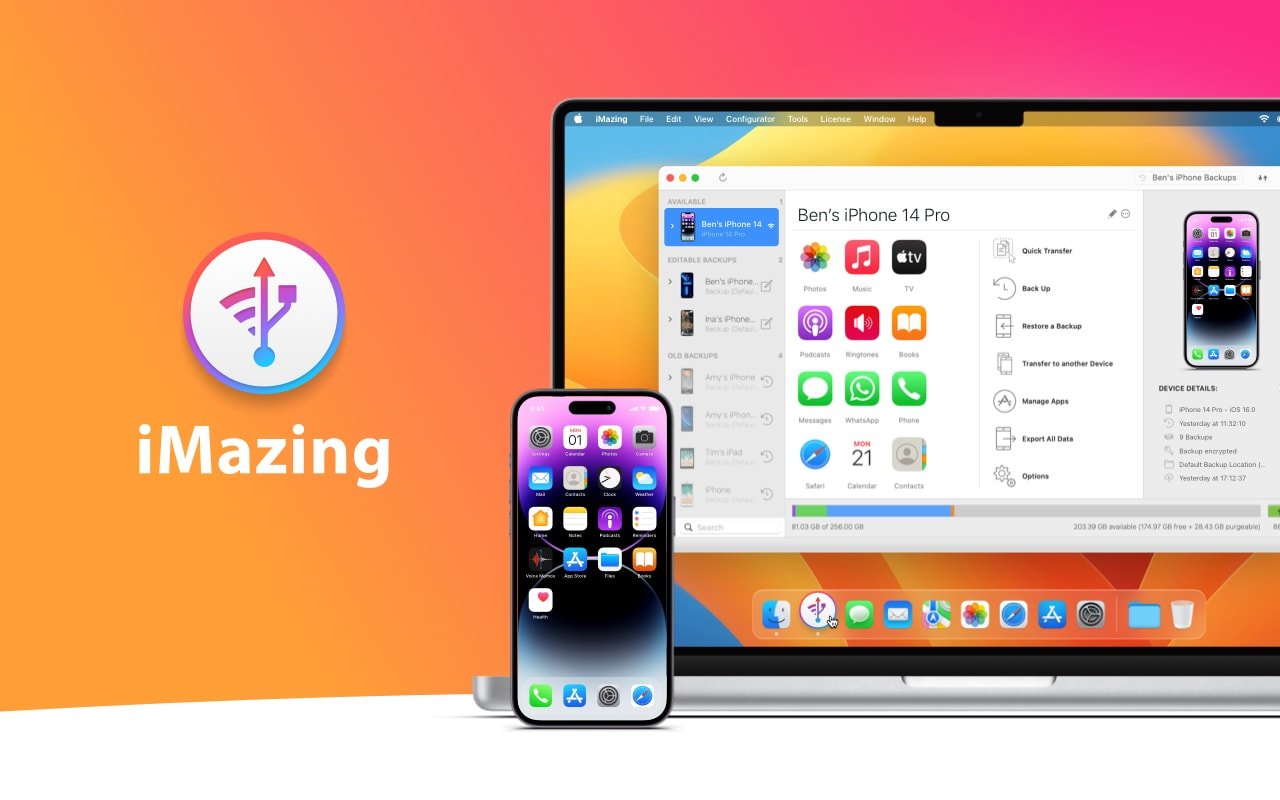 We recently introduced iMazing 2.16, which includes full iOS/iPadOS 16.1 and macOS Ventura compatibility, as well as support for Apple's newest iPhone and iPad models.

In addition, we’ve added a new method for accessing the data on your iOS or iPadOS device that doesn’t require a full backup of the device, as iMazing has traditionally relied on. We’ve named this feature Data Access Only, since it can't be used as a backup (although it still employs Apple’s iOS backup protocol).

Space savings will vary between devices based primarily on the amount of media they contain. In our samples, the difference in space needed between Data Access Only and Full Backup ranged from 40-90%.

The first time you connect a device and access a dataset for which local data does not exist, iMazing will prompt you to select between these two options. 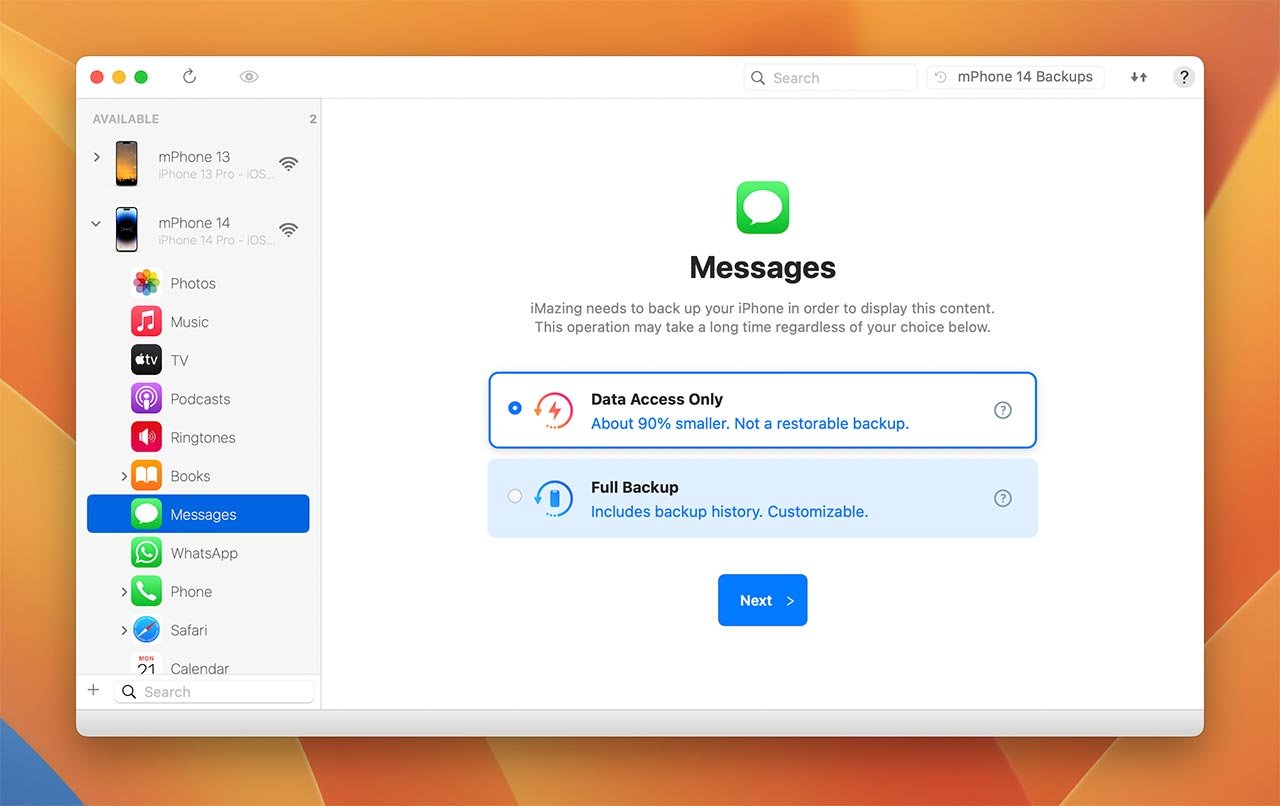 If you’re already an iMazing user and have an existing backup of your device, this behavior will be unchanged when you update to 2.16.

To learn more, see our new guide: Data Access Only vs. Full Backup in iMazing.

Other additions and improvements: